I would like to thank Alice Land for all the photographs and documents she has provided and also to Mildred Clark for all of her helpful information and all the great treasures she kept in a old suitcase. I have uncovered a lot of our Ancestors on this side of the family. Unfortunately there is not a lot on our direct Jones line. We know Ira Jones was born in Tennessee and his fathers name was Howard . Ira had a son named Howard also. Howard was born in Mayfield Kentucky as far as we know.  How Ira got to Kentucky I have no clue.   We have been in contact with several different families that are related and they have shared information with us. Peggy Mullins has shared a great amount of information on the Cable family. She was a tremendous help , a big Thank You to her. Also thanks to Leila Cornell of Cuprum, Idaho for the photo and information she provided. I collected a lot of information from  Ancestry.com The Missouri, Ohio and Oklahoma state archives and the St Louis Public Library. 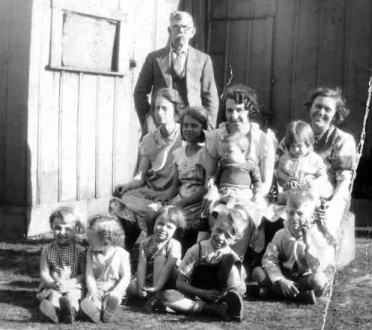 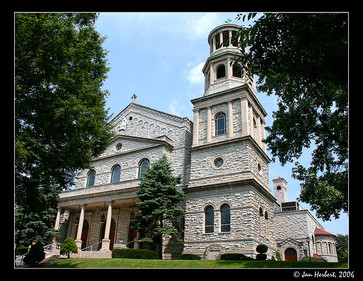 St. Boniface Catholic Church
1750 Chase Ave
Cincinnati, OH 45223
St. Boniface is the Cable Family Church.  Our Ancestors  were  Members here . The church was rebuilt in 1927 . I know the Cable family was in the area by 1843. There are a lot of Cable Family records from this church for viewing on the family tree. 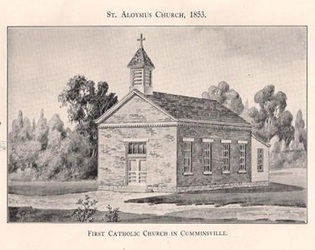 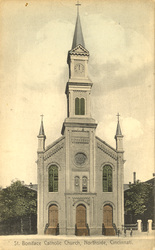 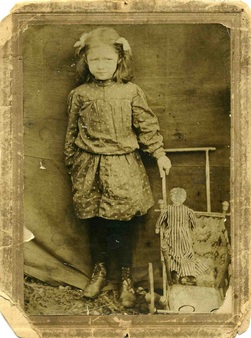 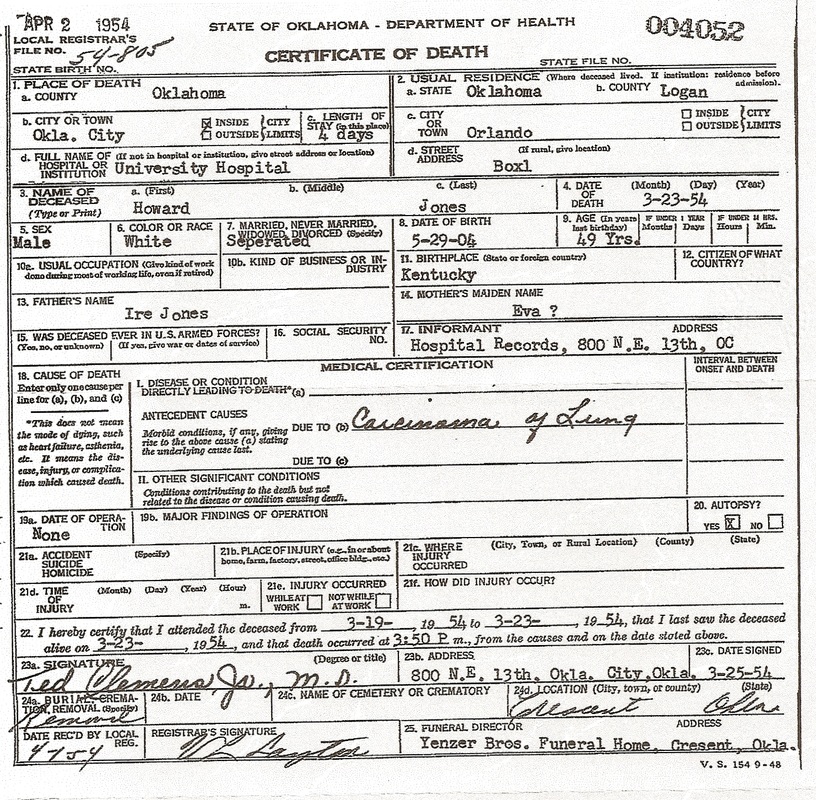 Mildred Clark said her parents Howard and Vina were separated at the time of Vina's death. Howard had moved to Oklahoma to live with his mother. Howard married a woman by the name of Goldie last name unknown. The marriage did not last long. The separation in box 7 would be between Howard and Goldie.Since Vina passed away 4 years before Howard box 7 would say widowed.
Jones Family Photos
West Plains Missouri

Frank Cole  was born in Michigan And his wife Sara Salsbrey was born in New York. Both the Cole and Salsbrey families were from Albany County New York. They were neighbors and farmers. Frank and Sara moved to Michigan where Eva and her siblings were born.Frank staked out a claim for 40 acres in West Plains Missouri in 1885 and the family moved there. Eva met Ira Jones in West Plains and they were married and had three daughters. Ira and Eva went back to Mayfield Kentucky where Ira was from in a covered wagon. The three daughters died along the way from diphtheria and were buried on the side of the road on their way to Mayfield.  Below are the documents from Frank Cole's land claim. 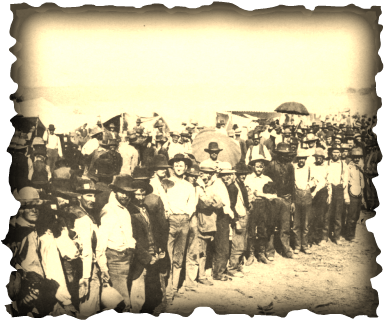 Waiting To Sign Up For The Cherokee Strip Run.
Frank Presley Smith was Eva Cole's second Husband. He participated in the Oklahoma Cherokee Land Run of 1893 where He staked his claim . He and Eva lived on the land until His death then Eva moved back to Saint Louis Missouri.

Below is a list of names of those who claimed land in the
Cherokee Strip Land Run of 1893.  Please keep in mind that this should only serve as
a reference. It is unknown how complete or accurate this record is. The city and state given are where the people came from. Photos borrowed from the Internet.

It was Sept. 16, 1893, the day of the largest land "run" in
history, the opening of the Cherokee Strip to settlement. 50,000 people had gathered   along the boundaries for many days and were ready for the gunshot at noon to start them on their quest for claims, every acre was claimed by nightfall. Land offices for the filing of claims were at Perry, Enid, Alva and Woodward. Seven counties had been designated in the Strip at that time, with letter names K,L,M,N,O,P and Q with county names to be chosen later by the
settlers. 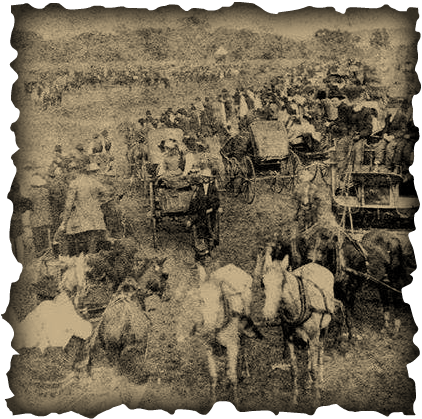 Just Before the Run. This photograph, taken from an original glass plate, was taken at the west side of the Chilocco Indian Reservation by Thomas Croft on Sept. 16, 1893, just before noon.
Powered by